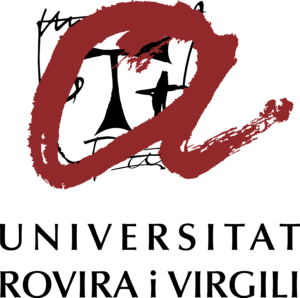 The Universitat Rovira i Virgili (URV) is a public and comprehensive university made up of 24 Research Departments that welcome annually 12000 undergraduate students, 2000 master’s students and 1200 PhDs. The URV has developed a successful model of balanced research and training dedication, which has placed it among the first five Spanish universities in terms of research outputs according to several domestic classifications and derived in its international recognition in several rankings (e.g. the URV ranked 78th in 2019 from the World University (younger) Times Higher Education). The URV endorsed the European Charter for Researchers and Code of Conduct for the Recruitment of Researchers (Charter and Code) was awarded the HR Excellence in Research logo in 2014. The URV is a key actor of the Catalan implementation of the European Research and Innovation strategy for Smart Specialization (RIS3).

The URV team is highly experienced in designing fit-for-purpose sensors based on advanced materials, exploiting novel nanotechnological concepts to tackle recurrent limitations for technology translation. The team works on the design, micro- and nanofabrication and surface chemistry of nanostructures, and their integration into fit-for-purpose diagnostic devices based on electrochemical detection.

The URV coordinates the project and thus will be in charge of overall project management (WP7). WP2 and WP3 will be mainly driven by the URV team, highly experienced in developing biosensing tools, and thus able to deliver a set of biosensors for the various host immune biomarkers previously identified by the RSU and SeqOmics teams. Apart from developing the biosensing platform, the URV team will also lead its testing and validation. In WP5, the URV team will work together with the CBI Pro-Akademia on integrating the new tools into a prototype, task also supported by SeqOmics’ industrial approach, and implementing it into existing milking infrastructures thanks to CBI Pro-Akademia’s engagement with farmers. URV team’s knowledge on sensing technology development will be critical to ensure the new tools meet end-users’ requirements and thus are ready for farmers’ adoption to routinely test cows’ health (WP6).